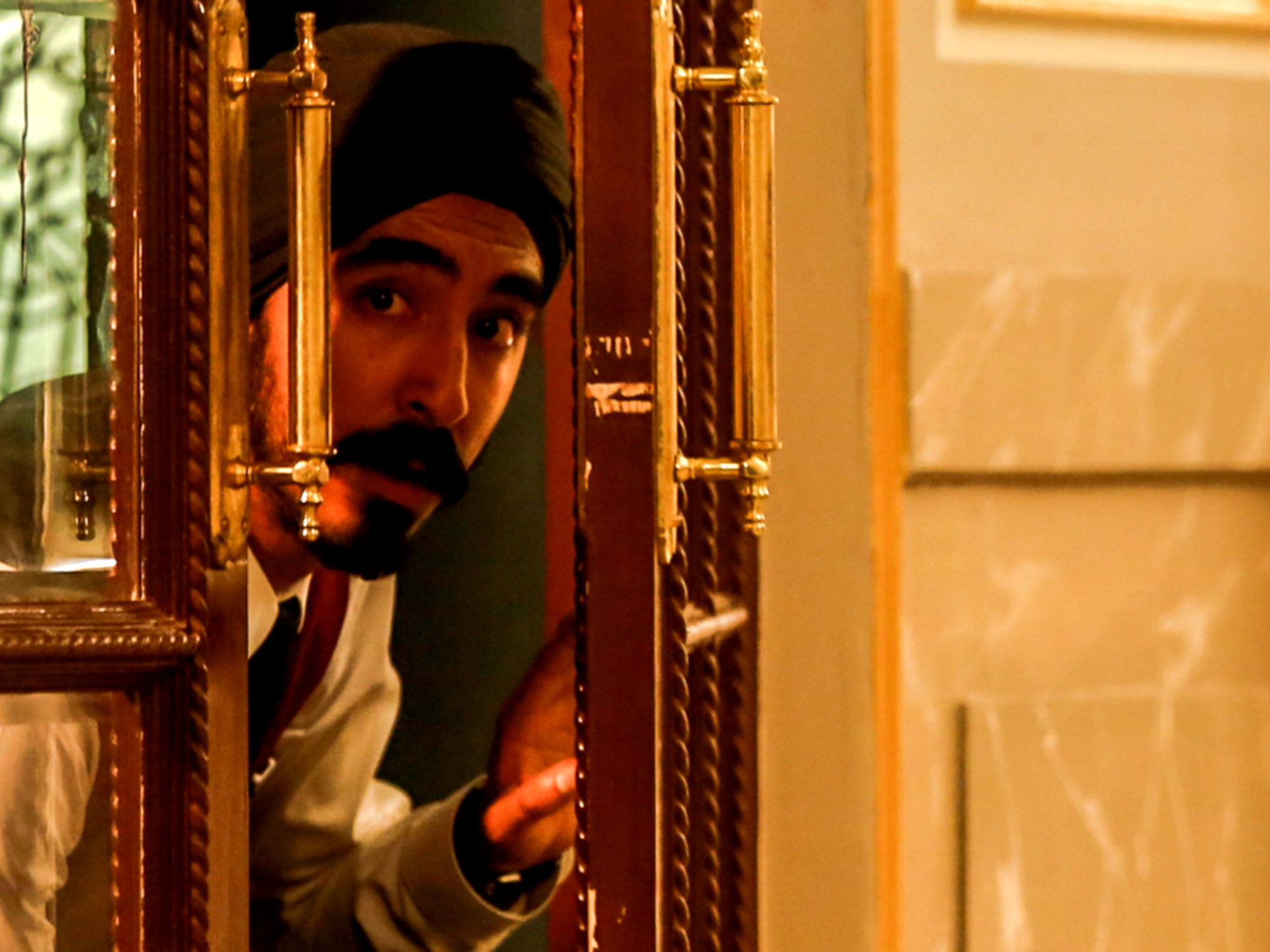 This horrendous restaging of the Mumbai terrorist attacks doesn’t so much as take a leaf out of the Paul Greengrass playbook as rip out every page and shred them one by one. Between 26-29 November 2008, 10 members of the Islamic militant group Lashkar-e- Taiba laid siege to the city in a series of coordinated bombings and shootings, killing at least 165 people and wounding some 300 more. Hotel Mumbai specifically focuses on the assault on the Taj Mahal Palace, a five-star luxury hotel situated next to the Gateway of India.

Armie Hammer stars as the sort of irksomely brash and overly chummy American tourist everyone has met on holiday at some point. You know the type: you get stuck behind them at hotel check-in and spend the best part of the evening devising a strategy for avoiding them for the remainder of the trip, only to bump into them the next morning at breakfast as they shovel the last strips of bacon from the buffet cart onto their plate. Hammer’s David and his British- Muslim heiress wife Zahra (Nazanin Boniadi) arrive at the hotel with their infant child and their nanny Sally (Tilda Cobham-Hervey).

Other recognisable guests include Jason Isaacs, whose brusque ex-Spetsnaz operative is introduced indiscreetly booking a prostitute in the middle of the hotel’s packed restaurant. After he’s done neatly arranging headshots into ‘yes’, ‘no’ and ‘maybe’ piles, he calls the escort agency to enquire whether his first preference has large or small nipples (this is never resolved). 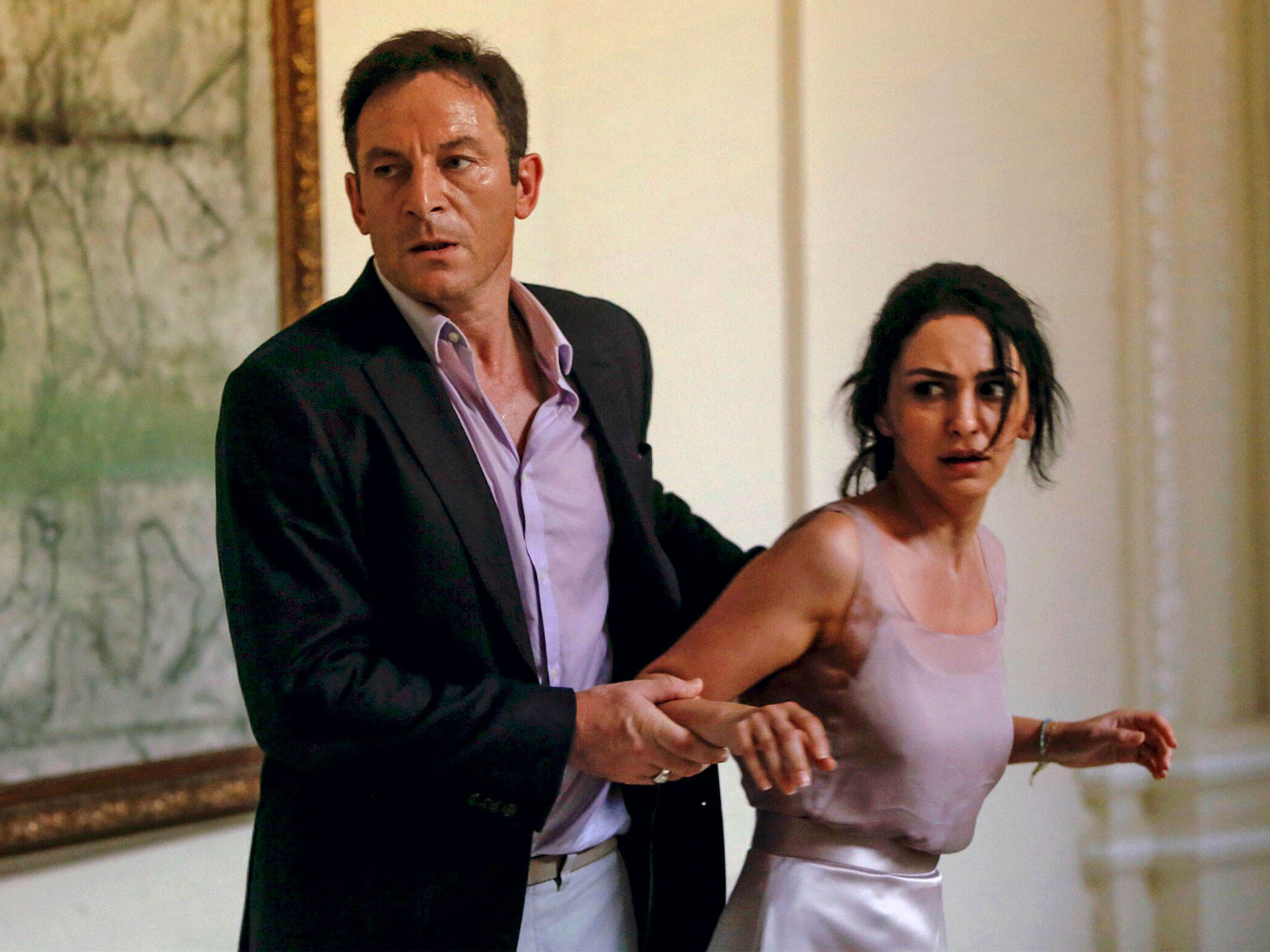 You might be thinking that such an overt display of hot-blooded alpha male bravado, combined with his special ops credentials, qualifies Isaacs’ character as the film’s de facto hero. But no. He is ultimately just another victim, executed in cold blood – and in the most gruesomely unambiguous manner – despite the best efforts of selfless waiter Arjun (Dev Patel) and head chef Heamant (Anupam Kher).

For his debut feature, director Anthony Maras was reportedly granted access to hundreds of hours of interviews with survivors and eyewitnesses, as well as unedited transcripts of intercepted phone conversations between the terrorists and their handlers. Dialogue is lifted verbatim from these testimonies, raising serious questions about the ethical and moral implications of dramatising real-life tragedy. The film also prominently features actual newsreel footage, adding another layer of grim realism which simply isn’t required to tell the story of the attacks.

If you want an idea of just how distasteful this film is, you need look no further than its official poster, where the outline of the hotel has been blended into the unmistakable silhouette of an AK-47. Repackaging the mass slaughter of innocent people as slick action fodder would be egregious enough on its own, but the broader issue here is that films like Hotel Mumbai only serve to provide a platform for radicalised individuals wishing to spread fear and hatred, and who, more than anything else, crave attention for their vengeful actions. That said, if you are going to mine human suffering for cheap thrills, the least you could do is make it entertaining.

The Best TV Shows and Movies Leaving Netflix in October 2019